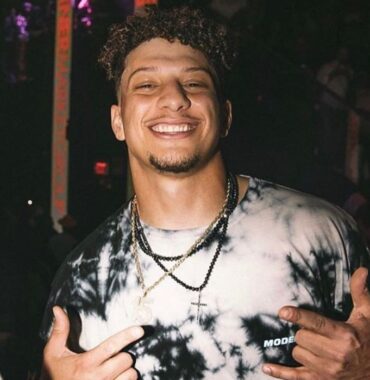 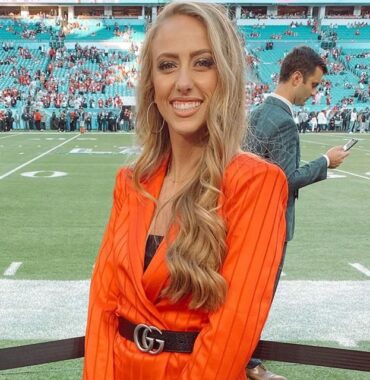 A famous quarterback Patrick Mahomes and his sweetheart Brittany Matthews have one of the sweetest love stories ever. Both of them are from Texas and both of them studied at the same school, where they began dating in 2012.

After high school the NFL player went to Texas Tech to keep playing baseball and football pursuing his professional career, whereas his girlfriend went to study in Tyler which is 400 miles away. In such a way their relationship grew into a long-distance one for several years.

After graduation in 2017, Patrick was selected by the Chiefs and so, he went to Kansas City. As Brittany’s sports career was over even before graduation, she moved to the same city to be with the love of her life and develop her own business as a fitness trainer.

It would be interesting to know that these two love birds have bought an almost $2000000 house for them and their cute two pit bulls Silver and Steel. In addition, they renovated it a bit, adding a closet for the quarterback’s collection of sneakers that accounts around 200 pairs.

The couple has been together for many years already and so, no wonder their fans are curious when they will finally get married. However, as they shared in one of the interviews of 2018, none of them is in a rush of making things official any time soon.

Instead, they just love spending time together with Brittany being a big fan of Chiefs games. She enjoys cheering her boyfriend as well as the whole team, visiting absolutely all games and posting her unusual Chiefs-themed looks and outfits on social media.