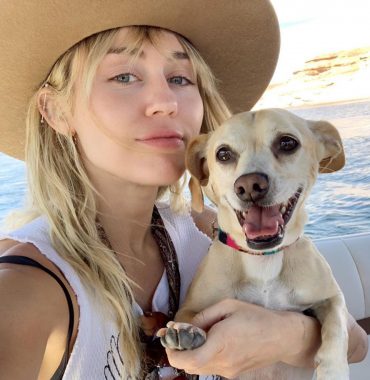 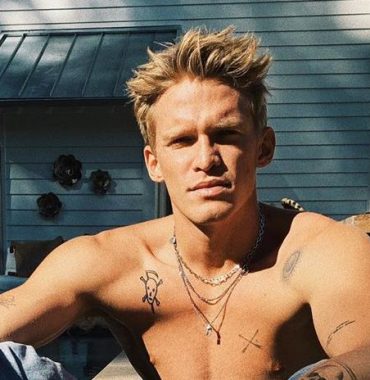 From friends to lovers

It would be interesting to know that Miley Cyrus was Cody Simpson’s childhood crush since 2012. In 2015 he contacted her, asking to design the cover art for one of the songs and she agreed. Later, she commented that Cody was a really cool guy, who played the guitar and sang perfectly. In his turn, Simpson shared that Miley was the coolest girl he had ever met in LA. That same year they became close friends.

In 2019 a video of these two lovebirds kissing went viral and they confirmed their relationship status. According to the People magazine, in October 2019 Cyrus was hospitalized for tonsillitis and her boyfriend visited her with flowers and a guitar. That same month, Simpson posted a picture on social media of his “move in a day” which made millions of their fans wonder whether the pair lives under the same roof. But neither of the parties confirmed the speculations. Also, that month, Cyrus was noticed wearing a ring with Cody’s initials on it.

A breakup and cheating speculations

In November 2019 people began speculating about the couple’s split but the singer quickly dispelled all doubts by revealing Cyrus at his phone background. The next month, Cody was seen with a musician Murray in New York. In addition, he was in a club dancing surrounded by girls and one of them kissed him on the lips. However, all this was denied by the singer’s representative.

Half a year as a pair

In April, Miley and Simpson celebrated their first anniversary- six months together. Cody posted a picture of his soul mate on Instagram, saying that he loves her.

In August 2020 it was announced that the pair is no longer together.