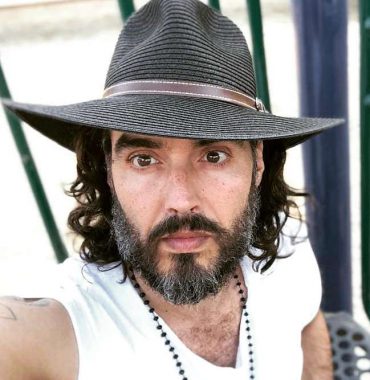 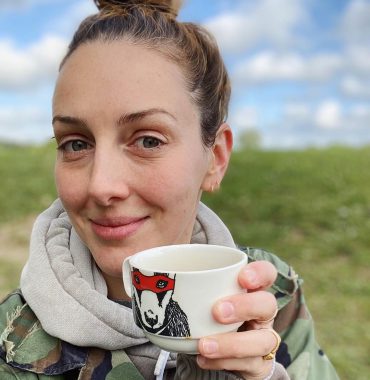 Laura Gallacher (now Brand) is known for her work in the restaurant business as well as her online shop that sells unique dungarees. Meanwhile, Russell Brand is a popular movie star, radio host and a comedian. These two lovebirds first met back in 2007 and had an on and off relationship that lasted less than a year. However, in 2015 after eight years apart, they got back together and this time they were more than serious about each other.

Quick progressing of a relationship

The pair had been dating for one year and in 2016 Russell proposed to his beautiful girlfriend. It didn’t take long for them to organize a nice wedding and in August 2017 they tied the knot officially at Remenham Church. It was a wedding in an Indian style that took place in Henley-on-Thames, Oxford. The celebration was attended by families, closest friends and several celebrities.

A newly created family is blessed with two cute kids. The pair’s firstborn is a daughter Mabel, who drew her first breath in November 2016. In July 2018 the Daily Mail reported that a daughter Peggy became a wonderful addition to the family. Both Brand and Gallacher prefer to keep their personal life in privacy. Nonetheless, due to fame and recognition, they are often spotted and photographed with kids on daily trips. During one of the interviews, the film performer shared that he has never felt more content since he experienced parenthood.

Nowadays, the whole family is isolated in their house in London because of the coronavirus pandemic.