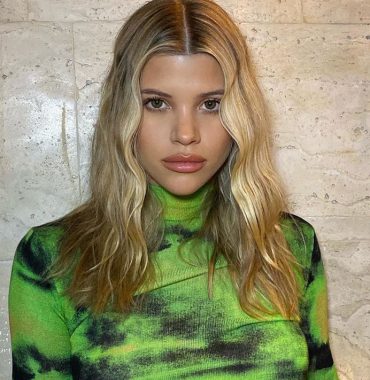 How and when did this celebrity couple meet?

The rumors of Sofia Richie and Scott Disick being a union started appearing in the end of May 2017 when they were photographed together on a yacht in Cannes. However, both of them denied any romantic feelings.

Within just a month, they were spotted walking arm-in-arm and later having dinner in Las Vegas. In addition to that the model and the TV star were seen at the New York Fashion week in September 2017 and on a vacation to Mexico and Italy in October 2017.

Everyone was talking about these two lovebirds being a real deal and so, they had no choice but to make the first public appearance as a pair. It happened in December 2017 while attending Miami Beach’s Art Basel Kick-Off.

Right after that they began posting pictures of each other on social media, congratulating one another with Valentine’s Day, Birthdays, etc. It would be also interesting to know that Sofia used to spend time with her boyfriend’s three kids from his previous partner Kourtney Kardashian.

In June 2018 it was reported that the model broke up with her long-term soul mate, as he was seen holding hands with some “mysterious” woman. Nonetheless, according to the People magazine, Sofia left because Scott started having issues with alcohol again. Whatever it was, the pair denied these rumors and kept posting mutual pictures on Instagram.

In May 2020 Us Weekly reported that the pair is no longer together. Scott celebrated his birthday with his ex, while Sofie posted a solo selfie on Instagram. It looks like love is no longer in the air for these two.